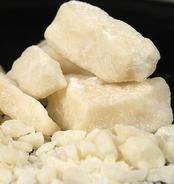 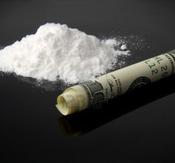 Marijuana is the most widely used illegal substance in the world today. It's use is also the most controversial.

​Cocaine is a highly potent stimulant that is considered to be one of the greatest drug threats to the world because of the violence associated with trafficking and use, the physical and psychological effects associated with its use, and the costs to society as a whole.

​First synthesized from morphine in 1874, heroin was not extensively used in medicine until the beginning of this century. Commercial production of the new pain remedy was first started in 1898. While it received widespread acceptance from the medical profession, physicians remained unaware of its potential for addiction for years. The first comprehensive control of heroin in the United States was established with the Harrison Narcotic Act of 1914.

Here you will find some information on commonly abused street drugs.  Hopefully this will help to educate you on things you see or come into contact with.

An amine derivative of amphetamine, C 10 H 15 N, used in the form of its crystalline hydrochloride both as a central nervous system stimulant in the medical treatment of obesity and attention deficit hyperactivity disorder and illicitly as a recreational drug.